As a company whose main priority is to stay on top of the latest news and drivers of pharmacy cost, we find it increasingly important to discuss the increase in prescription drug utilization effect that the telemedicine market is predicted to have on pharmacy benefit costs, which is one reason why so many chain pharmacies are getting actively involved in offering telemedicine services. 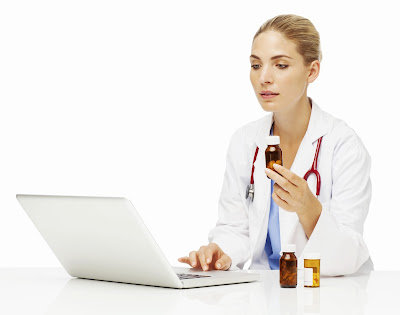 For those of you who are unfamiliar with the term, the American Telemedicine Association defines telemedicine as the "use of medical information exchanged from one site to another via electronic communications to improve a patient's clinical health status." Directly related to this term are "telehealth" and "teladoc," which also revolve around the idea that health professionals and services can be accessible to patients through electronic mediums rather than just face-to-face and have the ability to prescribe drugs as a solution to the described patient illness.

In recent news, there have been several pieces of legislation proposed regarding the extent to which telemedicine can be applied. For example, two United States Senators just introduced a bill that would permit health professionals working in Veterans Affairs (VA) facilities to treat their patients using the technology that is associated with telemedicine, regardless of the state. Additionally, this past summer Delaware introduced a new law that outlined how telemedicine can be practiced within its borders.

That being said, it is important to carefully analyze how prescription utilization (number of prescriptions for each person) is going to increase as many carriers begin to expand their use of telemedicine. Walgreens and MDLIVE, for example, recently began offering telehealth services in three new states, with the expectation that 25 states will have access to them by the end of 2015. Part of their offering is that remote doctor access is available for just $49.00 a visit. Additionally, CVS announced this past summer that they will be working closely with telehealth companies American Well, Doctor on Demand and Teladoc to make telemedicine programs more available to patients.

In late June, PBIRx first identified the over 500% cost increase of Glumetza, which continued to quadruple overnight. For those of you who are not familiar with Glumetza, it is a drug used for the treatment of diabetes, with Glumetza being manufactured by Salix Pharmaceuticals (Salix was acquired by Valeant for $15.8B earlier this year). Upon learning about this cost increase, PBIRx developed an algorithm and identified any Glumetza utilizing member from our vast database of clients. Then, the PBIRx Clinical Staff researched evidence based alternative efficacious lower cost medication options, notified each client for approval to have their specific PBM facilitate communication with the Glumetza utilizer(s)’ prescribing doctor to provide information on the significant cost increase for Glumetza, along with the  lower cost alternatives. This very time sensitive action resulted in thousands of dollars in savings for PBIRx clients. 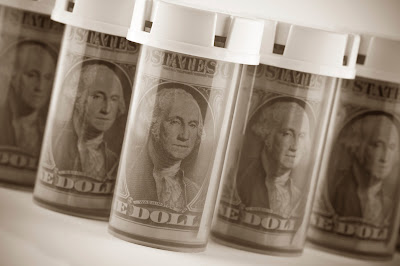 However, it is important to note that the increase in Glumetza’s cost is not the only piece of news raising concerns about Valeant Pharmaceuticals International. Another drug, Cuprimine, which is used to treat several health conditions such as Wilson’s disease and rheumatoid arthritis, also saw a cost increase, making it much more difficult for patients to comfortably pay health care bills. But the patients are certainly not the only group of people raising an eyebrow at the recent spikes - lawmakers are too.

Just last month, the New York Times reported that “Valeant’s habit of buying up existing drugs and raising prices aggressively, rather than trying to develop new drugs, has also drawn the ire of lawmakers and helped stoke public outrage against the growing trend of higher and higher drug prices imposed by big drug companies.” In fact, this year alone, Valeant has raised their prices on brand-name drugs approximately 66%, making this one of the greatest increases seen when compared to other drug companies.

So what is being done about Valeant’s latest actions? More recent news from the New York Times explains that Valeant has been issued two federal summonses (one from Manhattan and one from Massachusetts) as a result of their pricing, distribution and patient support practices. Although this does not necessarily mean a charge or settlement will occur, it is worth it to note that action is being taken to try and investigate the situation further.

Along with the recent news about Valeant, we also feel it is important to briefly touch on Philidor Rx Services and their connection to this pharmaceutical company. Some sources suggest that Philidor was not acting honestly (for example, they changed prescriptions to get insurers to pay for drugs) and as a result, many large PBMs such as Express Scripts, CVS Caremark and OptumRx have removed Philidor Pharmacy from their network. Not to mention, Valeant has announced that they are terminating their relationship with Philidor as well. As a providing entity, if you have members that use Philidor, they must receive a new prescription from their doctor or work with Philidor to have their prescription transferred.

For all of the latest on this topic and other industry news, be sure to connect with us on all of our social media profiles. Then, for more information about how PBIRx can help you with your pharmacy benefits, please visit www.pbirx.com or call (888) 797-2479 today.
Posted by PBIRx Social at 8:36 AM No comments: