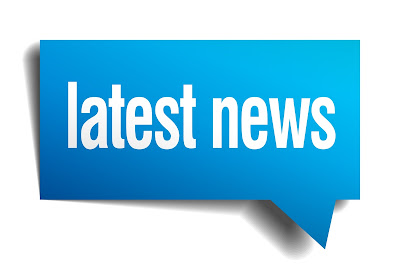 On September 23, 2016, the U.S. Food and Drug Administration officially announced their approval of Amgen’s Amjevita as a biosimilar to Humira. Amjevita is the fourth biosimilar to receive approval from the U.S. FDA, and has been approved to treat seven of ten Humira indications.
Approved Indications

As is stated in the FDA’s press release, the indications that Amjevita has been approved for are (in adult patients):
The biosimilar is NOT approved for use in pediatric Crohn’s Disease, Hydradenitis Suppurativa, and Uveitis. The approval of Amjevita signifies an important milestone for California based Amgen, as this is their first biosimilar to receive FDA approval. As a reminder, in order to be approved by the U.S. FDA, a biosimilar must prove that it is extremely similar to a biological product that has previously received approval, and there must be no clinical differences between the two products where purity, potency and safety are concerned.

As with all treatments, possible side effects have been provided for prescribers and patients to review. The most serious to note are malignancies and infections, and the FDA explains that they expect the most common side effects to be infections and reactions at the injection site. Just like Humira, Amjevita also comes with a Boxed Warning that alerts of an increased risk of serious infections that could potentially result in hospitalization or be fatal.

Although Amjevita has received its approval now, FiercePharma reports that it could be a while before it actually makes its way into pharmacies. This results from a 180-day notice period that is required, as well as a legal issue between AbbVie and Amgen. AbbVie, which is the manufacturer of Humira, has reportedly sued for patent infringement and requested that the courts block Amjevita upon receiving FDA approval. AbbVie, recognizing that they will lose market share to biosimilars, has also had several Average Wholesale Price (AWP) increases for Humira in the past 12 months of over 28% dramatically impacting payor’s pharmacy benefit spend.

If you have questions about the FDA’s latest approval and how it could impact your current health care spend, please give us a call at (888) 797-2479. We at PBIRx are always on the lookout for new approvals and analyzing how they will affect pharmacy benefit spend, and would be happy to speak with you further about the topic.
Posted by PBIRx Social at 5:12 PM No comments:

Rising Drug Costs, the Government, and the 2016 Election

Election year is always bound to include debate and discussion over major topics that the public has their eyes and ears on, and this year, one of the most pressing that we are following is rising drug costs - one piece of the health care puzzle that has been at the forefront of many conversations. 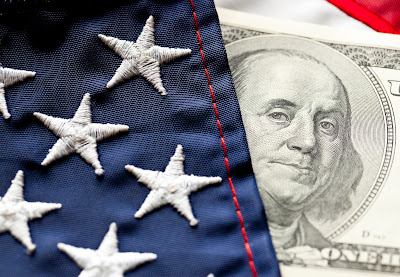 Thanks to recent price hikes, such as the one seen with EpiPens, it appears that more people are looking for answers from officials about the issues surrounding exceedingly high prescription costs. During a forum sponsored by RealClearHealth and Express Scripts earlier this month, congressmen and industry leaders took an interest in how the rising cost of drugs should be addressed. While some attendees from the left feel that caps on prescription drugs or negotiations between the Centers for Medicare & Medicaid Services and pharmaceutical manufacturers are the answers, others are looking for more transparency and expressed that there needs to be more congressional oversight. Another opinion is that the FDA needs to have a more efficient process for approving new drugs, as they currently have a “backlog of generics to approve,” which encourages prescription costs to keep rising (additional details about the forum available here, via RealClearPolitics).
The Presidential Candidates and Their Health Care Plans
A recent article by MedCity News reports that Democrat Hillary Clinton just announced her plan for how she will respond to “unjustified price hikes for long-available drugs.” Considering that drug makers have hiked prices for about 400 generic drugs by more than 1,000% between 2008 and 2015 alone, part of Clinton’s plan is to “establish dedicated consumer oversight at our public health and competition agencies.” She strives to bring together representatives of federal agencies that are responsible for ensuring health and safety, as well as fair competition, in order to create a group that is dedicated to protecting consumers from such price increases. Should we experience another price hike similar to what happened with EpiPens, for example, it would be this group’s duty to respond (read the full details of Hillary’s health care plans here).

Republican Donald Trump has also expressed his viewpoint on health care reform, with one of his main priorities being to repeal Obamacare. Should he be elected President, some of his other plans include:
Initiatives such as these have been designed for the purpose of reducing health care costs for more Americans, according to the campaign. Additional details about Trump’s plans can be found here.

Other Government and Health Care News
Insurers such as UnitedHealth Group Inc., Aetna Inc., and Humana Inc. recently announced that they will be pulling back from the Obamacare individual insurance market next year, and as such, earlier this month, President Obama and other health advisers met with other insurance companies to discuss how the marketplace can be strengthened before the open enrollment period begins in November. The President did openly acknowledge that improvements could be made to benefit both consumers and insurers, and says that his administration will focus on enrolling individuals who are still without health coverage, such as young adults. More on this available here, via The Financial Express.

As election day gets closer, be sure to connect with PBIRx on social media and check our blog regularly for updates on health care’s role in the election. For additional information, please call (888) 797-2479.
Posted by PBIRx Social at 12:01 PM No comments: 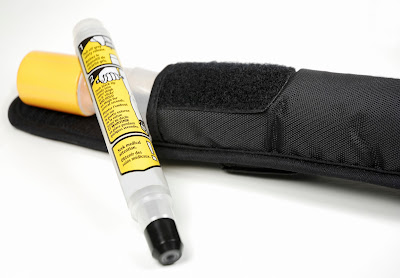 We are sure you have heard some talk about the EpiPen lately, but in case you missed it, earlier this year Mylan raised the cost of a pack to be more than $600 - a significant hike from what it originally cost when the company first purchased the rights to the drug/device in 2007 (at that time, EpiPens cost about $57 each). Since 2007, NBC News reports that the following actions have been taken:
It is no surprise that consumers are outraged over the EpiPen's new cost, as these are used for life threatening allergic reactions. With the new school year approaching many have a need to purchase an EpiPen and provide it to the school nurse, but the cost has made this increasingly difficult.

So why is the price of EpiPens so inflated?

Although it only costs about a few dollars to make (CNBC reports that only about $1 worth of epinephrine is used in these devices), there is currently NO EpiPen generic available in the United States. However, after the uproar began and Mylan faced more scrutiny from both consumers and Congress, they just announced that they will be launching a generic version of EpiPens for about half of the current price ($300). Teva Pharmaceuticals is also working on its own generic version of the EpiPen, and expects to receive approval sometime next year.

Mylan has also taken other actions to try and make EpiPens more affordable to consumers and members, such as by increasing the consumer/member out of pocket cost reduction from "up to" $100 to "up to" $300 - more details available here.

All that said, it is important for payors to understand that increased costs will be experienced, not only because of the increase in prescription costs for EpiPens, but also because of increased and conceivably unnecessary utilization or stockpiling of the brand drug. Additionally, offering a coupon for EpiPens will result in higher costs because eliminating the member copay results in brand loyalty, even though a lower cost generic will be available soon.

This is where we at PBIRx come in. We fight for our clients to get the most value for their health care dollars, and are well aware of the tactics used by Big Pharma to take advantage of consumers. If you have questions about the recent EpiPen news or would like to learn more about how we can help you during this time, please call (888) 797-2479 today.
Posted by PBIRx Social at 10:33 AM No comments: