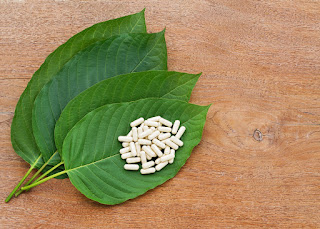 UPDATE: Since our last blog was written, on 11/15/17, the death toll linked to kratom has risen to 44.  A new analysis at the FDA shows that the compounds in kratom act like opioids. “Claiming that kratom is benign because it’s ‘just a plant’ is shortsighted and dangerous.”

The FDA concluded that all of the compounds in kratom are structurally similar to morphine.  These compounds also bind to cells the same way opioids do.

Especially concerning is that at least one reported death was in an individual who had no known prior opioid use. "Cases of mixing kratom, other opioids, and other types of medication are extremely troubling because the activity of kratom at opioid receptors indicates there may be similar risks of combining kratom with certain drugs, just as there are with FDA-approved opioids.”

Kratom should not be used to treat medical conditions, nor as an alternative to opioids. There is no evidence that it is safe or effective.

Kratom is a plant that grows naturally in Southeast Asia. It has gained popularity in the U.S., with some marketers touting it as a “safe” treatment with broad healing properties. Reportedly, some are using kratom to treat conditions like pain, anxiety and depression, which are serious medical conditions that require proper diagnosis and oversight from a licensed health care provider.

Calls to U.S. poison control centers related to kratom exposure increased 10-fold from 2010 to 2015, in which there were 263 calls. The FDA is aware of reports of 36 deaths associated with the use of kratom-containing products. The FDA issued a public health advisory on November 14, 2017, related to mounting concerns. The next day, the American Kratom Association (AKA) petitioned the FDA to “review and correct” this finding. The AKA, a consumer-based nonprofit organization, said the advisory is based on "discredited, incomplete, and mischaracterized scientific claims" and should be retracted. However, since we have hit a critical point in the opioid epidemic, the increasing use of kratom as an alternative or adjunct to opioid use is extremely concerning. In addition, there is no reliable evidence to support the use of kratom as a treatment for opioid use disorder.

For additional information, please visit the link below. https://www.fda.gov/NewsEvents/Newsroom/PressAnnouncements/ucm584970.htm