Change is on the Horizon for the Affordable Care Act 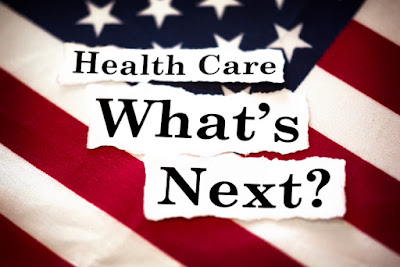 President Trump and the Republican-led Congress plan to ‘repeal and replace’ the Affordable Care Act, also known as Obamacare with expected details to be revealed  by early to mid March.  Early leaks refer to changing or eliminating the individual mandate, income based subsidies, Planned Parenthood funding, current Medicaid funding and all the law’s taxes. The leaks also mention capping the employer sponsored insurance at the 90th percentile of current premiums and allowing states to determine mandatory or essential benefits. (http://www.politico.com/story/2017/02/house-republicans-obamacare-repeal-package-235343 )

In January, a budget resolution was passed that called for major changes to the law to be made in a subsequent bill.  President Trump signed an executive order (https://www.whitehouse.gov/the-press-office/2017/01/2/executive-order-minimizing-economic-burden-patient-protection-and) that calls for federal agencies to ‘waive, defer, grant exemptions from, or delay the implementation of any provision or requirement of the act’ that would ‘impose a fiscal burden’ on states, healthcare providers, individuals and others in the health industry.  The only response to this order has come from the IRS which has told tax preparers and software firms that it will not automatically reject tax returns that fail to state whether the tax filer had health insurance during the year.  The IRS noted that the rule change does not change the taxpayers’ responsibility to obtain health insurance and pay any penalty for noncompliance.

In his first speech to Congress on February 28th, President Trump laid out five broad ideas that he wants the ACA replacement to address:
http://www.businessinsider.com/trump-state-of-the-union-speech-on-obamacare-repeal-replace-2017-2

At this point, it is believed that people who purchased insurance for 2017 should be covered for the remainder of the year.  The uncertainty, though, will come in 2018.  Some insurers are pulling out of the individual insurance market.  Humana has already announced it will not participate in the exchanges next year.  The CEO of Aetna has told reporters that they may pull out of Obamacare “market-by-market, based off of the level of competition and whether it can achieve an adequate return on capital”, but will decide after reviewing rates by mid May.  (http://www.cnbc.com/2014/02/06/aetna-may-pull-out-of-obamacare-ceo.html ) Insurers have been given an extension until the end of June to tell the federal government if they plan to participate in 2018.

Until a bill is passed, there is much unknown regarding the fate of the Affordable Care Act, and the future for an estimated 20 million people who are currently insured.

PBIRx has been exclusively providing intelligent solutions to clients in the management of pharmacy benefit costs since 1993. With a staff that includes IT personnel, actuaries, financial analysts, clinical pharmacists, attorneys, HIPAA Compliance Officers and many more experts, PBIRx’s mission is to create optimal health care outcomes while minimizing overall health care costs. For more information, please visit www.pbirx.com or call (888) 797-2479.
Posted by PBIRx Social at 3:16 PM No comments: